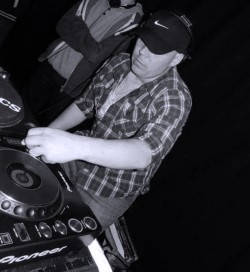 Crisis has been involved in Jungle, Drum & Bass music for over 20 years, mastering his DJ skills at a young age and starting out on pirate radio stations such as Trance FM & Don FM. He then progressed into music production and had a number of releases on Hyper Records along side artists such as Dom & Roland, DJ Flashback, Punisher & Clipz (Red­light). Crisis continued to DJ at many internet and radio stations from Life FM, Ruud Awakening, U.K rumble and Interface. This lead him to DJ at various venues around the globe, The Complex, Rocket, Cargo to the U.S.A and Germany at rave’s like Concrete Jungle, Deep, and many more… Crisis constantly strives for energy and vibes as a DJ and has a very broad spectrum, able to perform all forms of Jungle Drum & Bass music from old skool to upfront sounds.

DJ Crisis is currently focused on producing and has recently been signed to K.L.P records, RIQ Yardrock, Deep in the Jungle, Skeleton Records, High Energy Records, and many more.. as well as DJing on Kool London, he is also founding member of Format Music along side Ikon­B. Now as a member of the mighty DREAM FM UK team…. just watch this space!