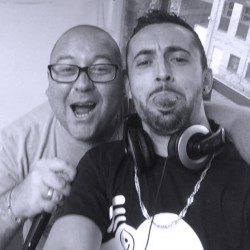 You can catch us each and every Thursday from 8pm -10pm on the big bad Dream. DJ Sweeny Tod plays only the biggest and baddest tunes! MC Jki keeps up the hype and spits his flow to whatever the DJ drops. We play house, garage, jungle/dnb and hardcore, so come along for the ride with luvin da vibe!!

DJ Sweeny Tod & MC Jki bring you the best in underground music varying from Jungle, DnB, Jump Up, Old Skool Hardcore, Happy Hardcore, House and UkG. After bring introduced to the underground scene through the original Dream FM, it was clear the direction we were going to go. Playing at festivals clubs pubs halls and a few radio station across London since the late 90s. Now playing on the station were the journey began. Run go tell a friend! #LuvinDaVibe