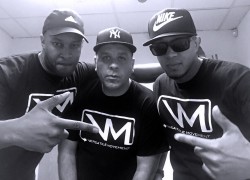 General Dizzle plays Drum & Bass and has been DJing since 1998. He started off playing vinyl getting his first pair of Technics 1200’s in 2000. By then he learned to mix properly and his DJ life started. As the years went he got better at mixing and wanted to take his DJing further so he started playing on radio which started to give him confidence and that’s when he got to know the drum and bass scene and he knew he wanted to be a part of it.

Over the years he has played at lots of clubs all around London and started to make a name for himself in the scene. He recently started making tunes and the next step is to put his tunes out there and try and get them signed. He’s a resident DJ at Sticky which is run by MC Shabba D.